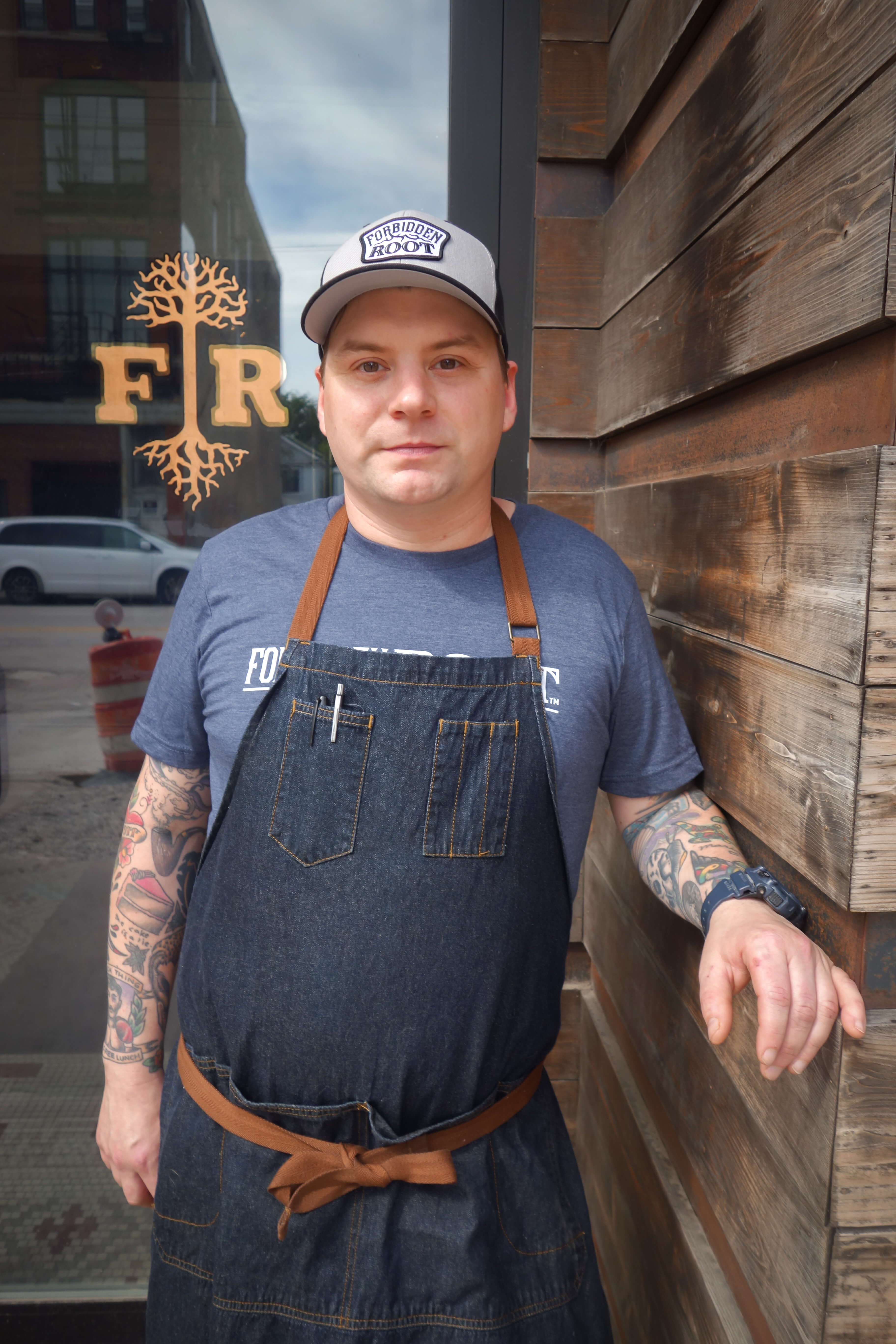 Forbidden Root Brewery, an innovator in craft brewing with its restaurant and brewery located at 1746 W. Chicago Ave., Chicago, Illinois, is excited to announce the promotion of executive sous chef Daniel Sherron to executive chef. Chef Sherron takes the helm of the two and half year old restaurant with the introduction of new dishes and an emphasis on collaboration with the brewery team.

Originating just outside of Nashville, Tennessee, Chef Daniel Sherron was exposed to beautiful farm produce and developed a deep respect for animals and their contribution to our table at an early age. However, before moving towards his culinary destiny and Chicago, he pursued a degree in international relations and enjoyed a stint as a guitarist in the band The Whole Fantastic World.

Once settled in Chicago, Chef Daniel truly tapped into his love for creating and preparing food and he decided to his transition his passion into a solid culinary career. As he moved up the ranks in the kitchens of MK, Green Zebra, Carriage House and others, he found his culinary voice—which eventually led him to Forbidden Root and a two-year stint as executive sous chef. Daniel is excited to step fully into the leadership Forbidden Root’s kitchen and bring his own culinary vision to the restaurant’s outstanding menu.

Chef Daniel plans to continue the tradition of inventive, approachable cuisine that has defined Forbidden Root’s menu, but as executive chef, he is poised to expand the level of collaboration with the brewery team to offer diners delicious, new, multi-sensory experiences that elevate the beer, the cuisine and the Forbidden Root experience.

Chef Daniel is not wasting any time giving Forbidden Root diners the opportunity to enjoy his flavorful, season food.