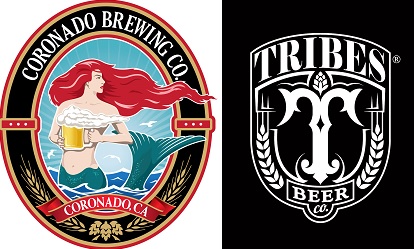 To celebrate, Tribes Beer Company in Mokena will host a release party on Wednesday, March 16, at 6 p.m. Both versions, the Cali brew, Tribal Wave IPA, and the Illi brew, Tribal Council IPA, will be released at this special Beach and Release Party—this is a limited release for both beers. Reps from both breweries will be present and $4 pints of Coronado and Tribes beers will be available. There will be glass, button and swag giveaways, as well as live music from West Coast surf rock band, “The Real Gone.” West Coast beachwear is strongly suggested!

More about the brews…

Both versions were continuously hopped with one pound of hops every four minutes for 90 minutes and then dry hopped it with an additional 11 pounds bringing total hops to over 33 pounds in the batch!