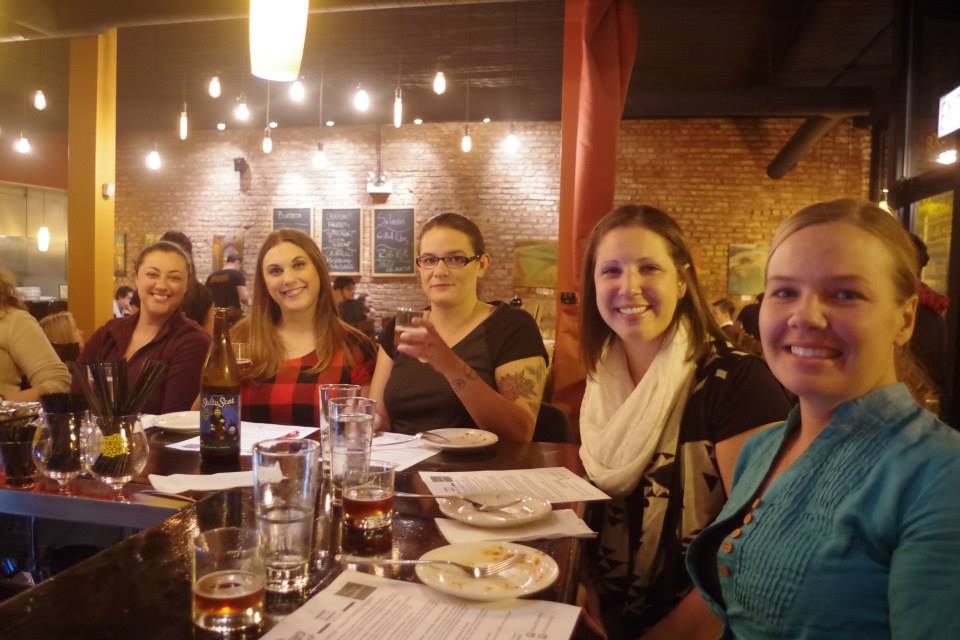 Barley’s Angels Chicago, a women-focused craft beer appreciation and education group, is excited to team up with 3 Sheeps Brewing for the first annual Ladies, Sweat and Beers, a two-part  event incorporating a beer tasting, education and the Ravenswood Run! We are very excited to encourage our attendees to run in the Ravenswood 5K (proceeds support the Ravenswood Community Services Food Pantry at All Saints Episcopal Church and the Student Health Centers at Lake View and Amundsen High Schools), with the added bonus of enjoying craft beer and education!

Ladies, Sweat and Beers, Part One: The Event

Part one of this event will be more or less like a traditional Barley’s Angels event.  A 3 Sheeps expert will walk us through a tasting of five brews (including some surprises!), snacks and appetizers will be provided and we will mix, mingle and have a good time! Guests will also leave with some cool 3 Sheeps swag.

Those who do not wish to participate in the run (though we encourage it!) can just enjoy the 3 Sheeps tasting. RAVENSWOOD RUN PARTICIPATION IS NOT A REQUIREMENT TO ATTEND THIS EVENT!

Bonus: Attendees who show their registration confirmation to the Ravenswood Run (taking place on Sunday, April 24, register here) at check-in will receive a FREE 3 Sheeps t-shirt and become part of the 3 Sheeps/Barley’s Angels ladies running team. There is no extra cost (besides the cost of registration to the race) to be part of this team.

The 3 Sheeps/Barley’s Angels runners will meet ready to run. The 5K begins at 8 a.m. sharp—participants can run/walk at their own pace.

We encourage everyone to hang out, order more beer and eat some brunch at The Globe as well!

Barley’s Angels Chicago is a women-focused group working to expand the appreciation and understanding of craft beer among women by bringing them together with craft beer professionals to explore craft beer. For more information on the Chicago Chapter of Barley’s Angels, visit www.barleysangelschicago.com or follow on Facebook & Twitter: @BarleysAngelsCH