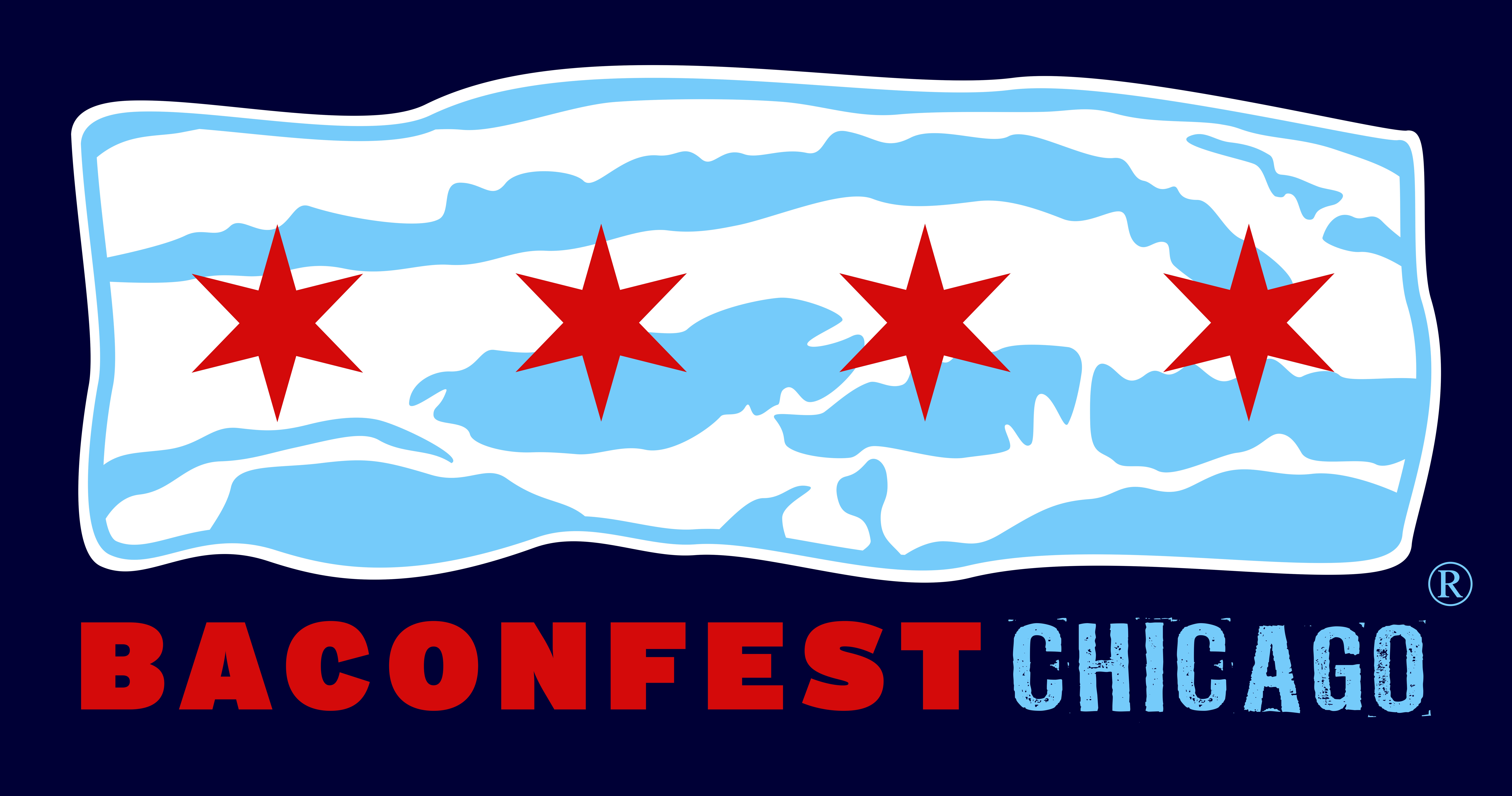 It’s that time of year when Bacon Nation asks the question of all questions… What’s on the menu at Baconfest Chicago? This year the 2018 Baconfest Chicago Menu will surprise and delight bacon fans across the City of Big Shoulders.

Chicago’s biggest and best bacon bacchanalia will feature over 140 restaurants, highlighting 40 – 50 of the best chefs in the city at each of the three sessions with on-trend dishes as well as dishes that defy all the rules. “However powerful the trends may be, our menu also serves as powerful evidence that creativity obeys no fashion – there are singularly unique items on the menu this year (as there are every year) that defy all categorization,”  explained Baconfest co-founder Seth Zurer.  “Consider the Piggymisu, Farmhouse chef Eric Mansavage’s porky interpretation of the classic Italian dessert or The Roaming Hog’s Pork Belly Clay Pot –  a Vietnamese-inspired clay pot marinated pork belly, black garlic caramel sauce, puffed rice, pickled Thai chili sambal sauce, fresh herbs, sesame seeds.  There ain’t nothing like these dishes anywhere else.”

1. Cheddar –  serves as a counterpoint for the savory depth of cured pork. The dishes that will bring home the cheddar include: Tap House Grill’s Cheddar Stuffed bacon featuring Merkt’s cheddar and bacon deep fried in a beer batter; CP West Loop’s Johnny Cakes with jalapeño and cheddar with Bacon Jam, and topped with bacon-infused bourbon maple syrup and bourbon whipped cream; and Wow Bao’s Chinese Breakfast Bao with cheddar inside.

HIGHLIGHTS FROM THE 2018 BACONFEST CHICAGO MENU BY SESSION

Kaiser Tiger – Bacon Tiger Tacos with Nueske’s bacon, cabbage slaw, pico de gallo, and chipotle Tiger sauce on a corn tortilla. No tigers were harmed in the making of this dish by Roberto Jacobo.

The Old Forester Speakeasy, available to VIP ticket holders,  is a private lounge just steps away from the main hall where whiskey lovers can relive the prohibition era with cocktails featuring Old Forester premium bourbon as well as tasting flights of the Old Forester Whiskey Row Series. These tasting flights will offer a drinkable tour of bourbon history in the form of rare expressions of this classic American spirit.

The tenth edition of Baconfest Chicago will be held on April 6 & 7, 2018 at the UIC Forum at 725 West Roosevelt in Chicago.  For their ten year anniversary, Baconfest Chicago is offering new tickets levels for bacon lovers on any budget. Tickets start at $60, plus fees, and are on sale now at https://baconfestchicago.com/ticket/.

Baconfest Chicago supports the Greater Chicago Food Depository with a donation from event proceeds, a raffle on site and a food drive at the event. Over its nine year history, the event has generated more than $400,000 in donations to the area’s largest food bank. This translates to more than 1.2 million meals for hungry people in our community.